Hiking on over 300 kilometers

The Rheinsteig is a long distance footpath on the right bank of the Rhine and represents the counterpart to the Rheinburgenweg. Established in 2005, it leads on more than 300 kilometers from Bonn to Wiesbaden. The Rheinsteig was planned according to the criteria of modern predicate paths. Besides the good marking and signage an attractive routeing on mostly natural tracks and footpaths has been realized. Asphalt was waived as far as possible, instead outweigh forests and rocky paths, meadows and vineyards are part of it.

The Rheinsteig begins in Bonn, then moves to the right side of the Rhine and leads over the Siebengebirge to Koblenz-Ehrenbreitstein. In Lahnstein it crosses the Lahn and then follows the UNESCO Upper Middle Rhine Valley up to Rudesheim. From there it passes through the Rheingau to Wiesbaden, where it ends at the Schloss Biebrich. It accompanies father Rhine preferably on the heights, usually near the downhill edge. He runs past several castles on the Rhine. Apart from various vantage points, he also has a high percentage of rocky or earthy paths and sporty challenging passages. Its connection to the trails networks of the region carries it additional tourists.

The German Hiking Institute in Marburg awarded the Rheinsteig with the "German Hiking Seal " and it is no exaggeration to call it the star of the hiking trails in the Middle Rhine Valley.

The Rheinsteig, in addition to the magnificent views and its demanding route, is characterized by an excellent accessibility. In each place the Rheinsteig passes, there is a public transport connection like a railway station. Because of the good transport links, day trips are also possible without any problems - by bus, train or ship (eg Cologne-Dusseldorf Rhine shipping) to get easily back to the starting point.

Please calculate at least the estimated route time for the individual sections of the Rheinsteig. We recommend sturdy shoes with a good profile and weather appropriate clothing. Packed Lunches can be ordered in advance at the hotel. Information and individual timetables of public transport are available at our hotel reception. 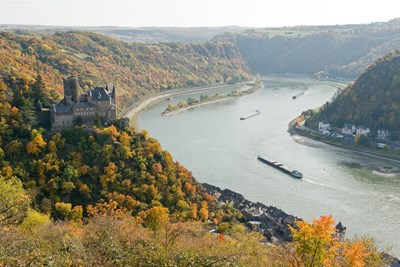 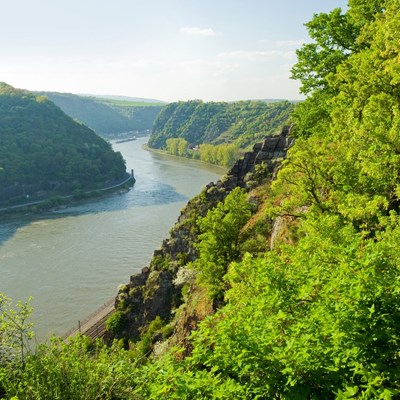