To honour Boppard`s most famous son

In context of the federal World Heritage Program with a cost volume of 8.7 Mio. €, the Electoral Castle has been rehabilitated and basically restored. The museum was closed during the construction time (2009-2015) and reopened in October 2015.

What is the connection between the Vienna Coffee House atmosphere and the romantic Rhine? Boppard is the birthplace of Michael Thonet, born 1796. He wasn’t only a simple carpenter but also a furniture manufacturer. Thonet experimented with wood, steam and pressure. He invented the famous bentwood furniture, a classic of which was his famous Vienna Coffee House chair, which he designed and produced after settling down in Vienna. The Thonet Collection is the heart and sole of the Boppard museum, which has been in the Electoral Castle for 100 years. The mighty walls give also home to other interesting exhibits, which portray the history of the town and also the works of its famous sons. In the former castle chapel in the watchtower, you can see the most significant frescos (14th century) to be found in any castle on the Rhine. 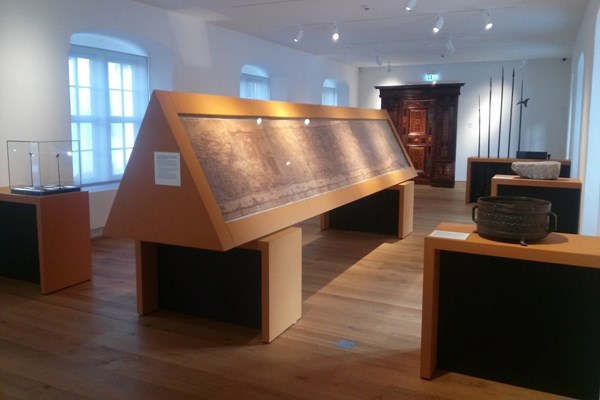