Under Rhine Romanticism one commonly understands the timely implementation of the geographical features. Moreover, the legendary stories of the Rhine river valley in the history of culture between the eighteenth and nineteenth century play an important role, which was reflected particularly in former handicrafts.

So Clemens Brentano in his Rhine Tales sometimes swarmed of the environment or wrote in 1801, the ballad "To Bacharach on the Rhine" in which the "Loreley" (then called Lore Lay) took their first mention. Other travelogues of Achim von Arnim or Victor Hugo gave the eloquent presentation and were processed into images. Among other things, William Turner, Christian Georg Schütz and Johann Adolf Lasinzky gave the myth a face. Another intellectual author of the Rhine Romanticism in German literature may have been Friedrich Schlegel, who discovered the Rhine landscape as a wild, pristine and beautiful area. The young Goethe had already been here at the end of the 18th century. In 1774 he wrote, for example, the "Spirit Greeting" at the sight of Lahneck Castle. Other well-known poets on the Rhine were Ferdinand Freiligrath, Friedrich Hölderlin, Lord Byron, August Schlegel and of course Heinrich Heine. Ultimately, the introduction of regular navigation on the Rhine between Cologne and Rotterdam, gave the decisive factor for the spread of the synonym of the Romantic Rhine.

Between Mainz and Cologne, Father Rhine meanders through the particularly narrow Middle Rhine Valley, past sleepy towns with winding streets and half-timbered houses. The aforementioned poets, painters and musicians have been inspired in their work by the scenic beauty. Myths and legends have grown up around the castles on the Middle Rhine, leaving the Rhine Romanticism to be ubiquitous. Here, the section between Koblenz and Bingen will become particularly important. With the award of the title "UNESCO world heritage Upper Middle Rhine Valley" the most beautiful section of the Rhine Valley is honoured and recognized.

On the steep slopes of the Rhine grows the noble Riesling grape, which ripens later to the highest quality wines. Anyone who has ever visited this beautiful landscape with all its attractions such as the castles on the Middle Rhine, the German Corner in Koblenz with the fortress Ehrenbreitstein, the Loreley and many other recreational opportunities, knows why an old German folk song asks, "Why is the Rhine so beautiful?". 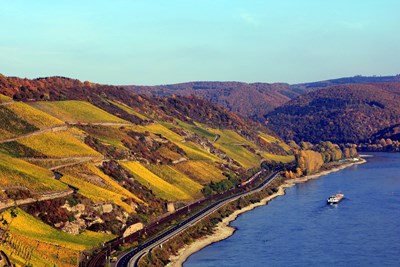 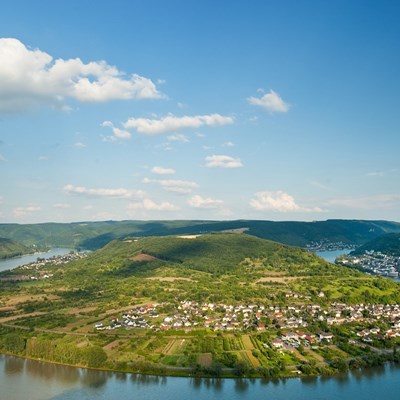 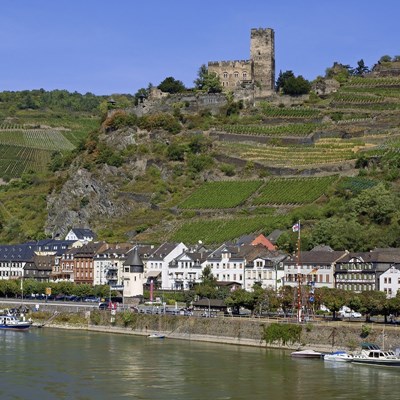 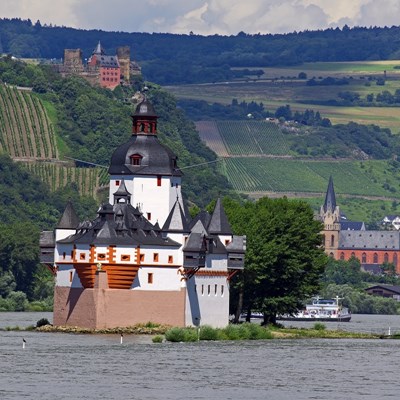 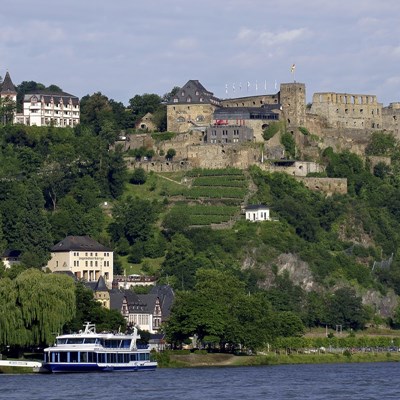