Legendary castles at the Rhine

The Hostile Brothers are a 16th century myth that refers to the two castles Sterrenberg and Liebenstein. Both castles, on the opposite side of Boppard`s suburb Bad Salzig, are divided by two shield walls. Around the hostility of the two Hostile Brothers there are many myths, which makes them unique amongst the numerous castle on the Rhine.

Castle Sterrenberg is, after the former castle Ehrenbreitstein, the oldest preserved castle complex in the Middle Rhine Valley and was already mentioned in 1034 for the first time. It has a very impressive castle keep. The quadratic tower rises 14 meters high and is surrounded by a ring wall. Castle Liebenstein on the other hand is significantly younger. It was built in the 13th century as a pre-castle for castle Sterrenberg. It is understood that there has never been a battle between the Hostile Brothers. The myth finds its origin in the poem „two brothers“ by Heinrich Heine in his „Book of songs“.

The access to the Hostile Brothers leads via the pilgrimage place Kamp-Bornhofen. Hiking enthusiasts will gladly hear that the Rheinsteig and the Rheinburgenweg go past the two castles. 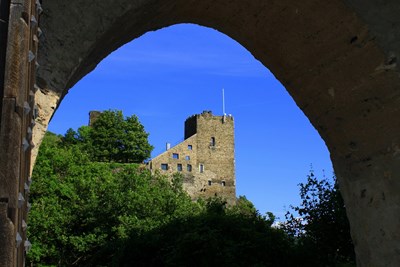 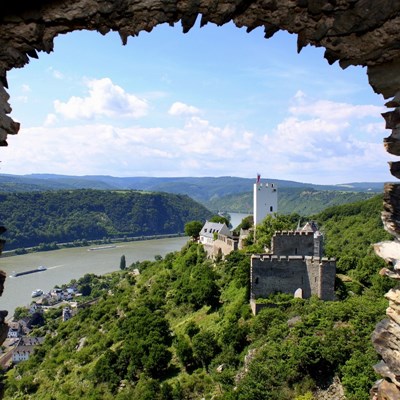 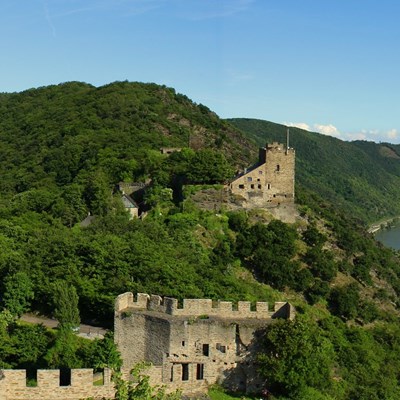