Aside from the Rhine Romanticism but only 30 kilometres away from Boppard lies Castle Eltz. This hilltop castle from the 12th century is hidden well near Wierschem / Münstermaifeld and counts to Germany`s most famous castles. It belongs, just like the Marksburg at the romantic Rhine, to the few castles that have never been destroyed. Thus it has a special appeal for enthusiasts of medieval castles.

A special feature of Eltz Castle is its architecture. For the viewer, it undoubtfully constitutes the epitome of a knight`s castle. With bays, roofs and the battlements of the over 30 meter high residential towers, the scenery is simply impressive. Eltz Castle holds some rarities inside the building as well. The treasure chamber, which contains a fine collection of different armours, belongs to the most respected ones in Europe. The Rhodendorfer kitchen shows itself authentically and promotes the Middle Ages to interested visitors. Well obtained since the 15th century it has been almost unchanged.

So it does not surprise that Eltz Castle decorated the 500-Deutsche-Mark-bill prior to the monetary union. The Deutsche Post once dedicated a 40 cent stamp to honour the castle.

Castle Eltz was redeveloped from scratch

Extensive renovation works over the last few years gave Eltz Castle a totally new shine. Time consuming operations to secure the static, the slate roofs and improving the infrastrucutre have been accomplished. The renovation was contributed financially by the government, the German foundation of conservation and by the owner. 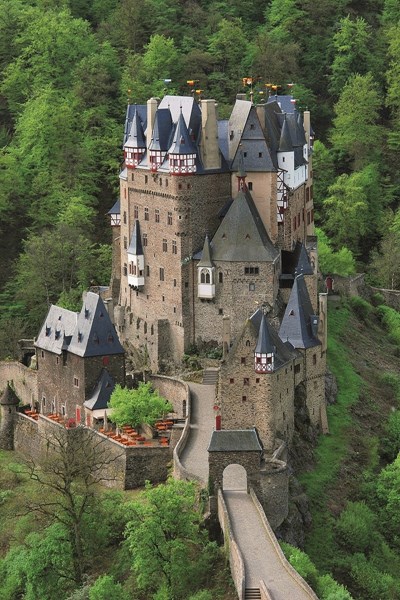 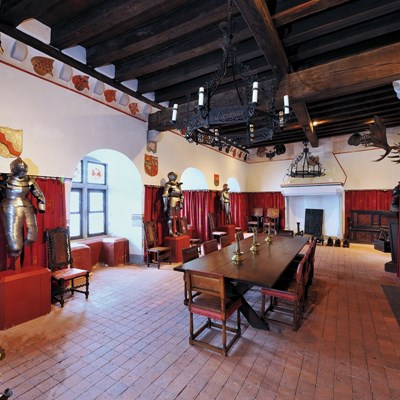 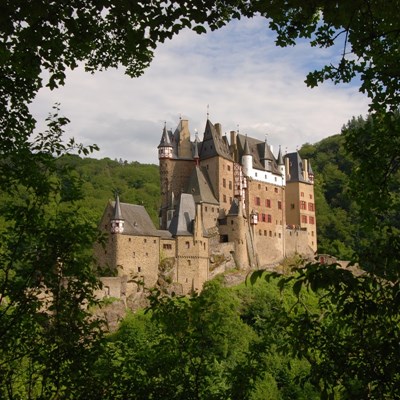