The Electorial Castle in Boppard is one of a few castles along the Middle Rhine which has never been destroyed. Built by King Richard of Cornwall in 1256 it has been pledged to the electoral and archbishop of Trier, Balduin of Luxemburg, in 1312. It is a lower castle directly on the Rhine shore and its main purpose was to secure the Rhine tolls. Because of that it was extended to a stronghold and toll castle.

Only some buildings in Boppard are as tied to the city`s history as the electoral castle. In the 15th century Boppard`s citizens did storm the castle in the “War of Boppard” when they were revolting against the electoral-trierian reign. During the French Revolution it served as a hospital. At the beginning of the 19th century it was without further ado used as a prison. In the middle of the 20th century the Electorial Castle of Boppard accommodated a police station in the west wing.

Restoration and reopening of the Boppard castle

From 2009 until 2015 the Electorial Castle of Boppard has been renovated expensively. In this connection it has been tried to keep the original structure and to integrate new elements carefully. Risen has an assemblage between new and old. Alongside a fine gastronomic offer the Thonet Museum is located in the castle. It displays the history and some of the most beautiful exhibits of Michael Thonet, Boppard`s most famous son, who, by the invention of the bentwood technique, attained world fame. 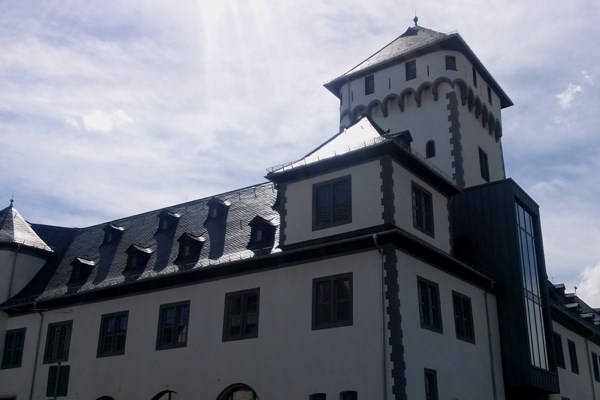